We Salute and Congratulate

Click to see bracket with results of all games.

(Lots of photos -- please be patient.) 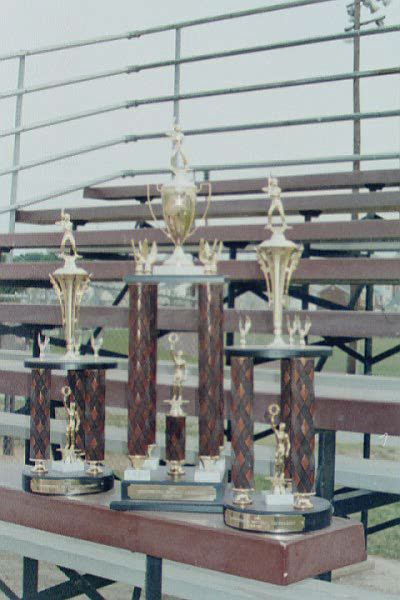 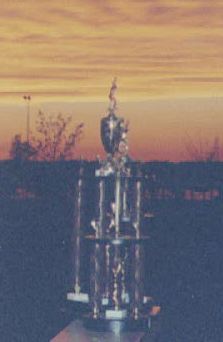 The trophies were on display throughout the night of the championship round.

Planes from National Airport and Presidential helicopters flew past the field during the brilliant sunset.

Joe Wynn, manager of the Majority Wynners coaches first base in front of his team's dugout
during the first round against the Scissortailed Flycatchers. 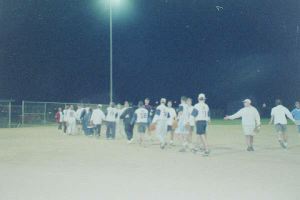 The Scissortailed Flycatchers congratulate the Majority Wynners on their 16-4 win. 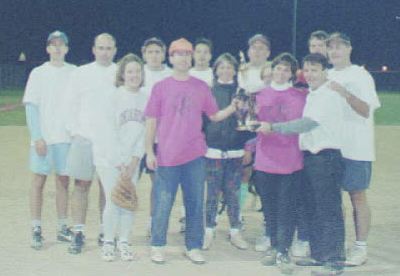 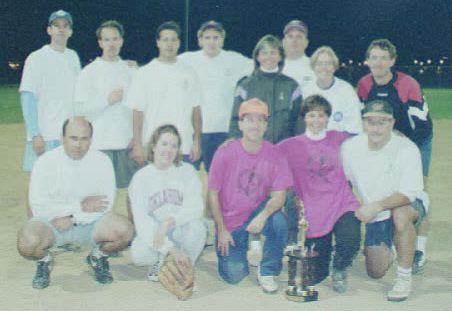 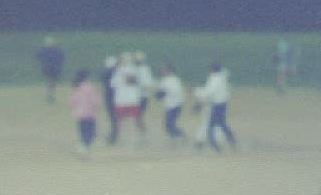 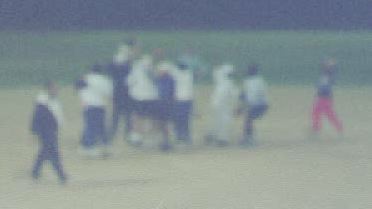 Courting Disaster players celebrate their championship win after the last out of the game. 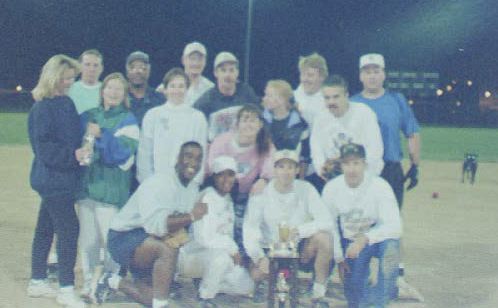 U.S. District Court's "Courting Disaster" pose with their championship trophy
(while the commissioner's dog, Potamus, plays his own game behind the champions). 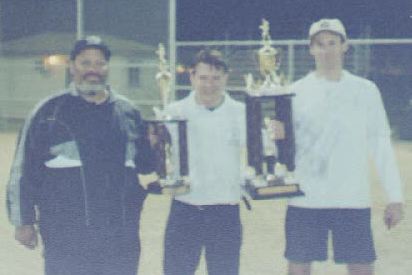 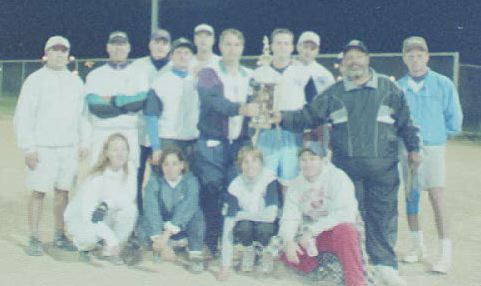 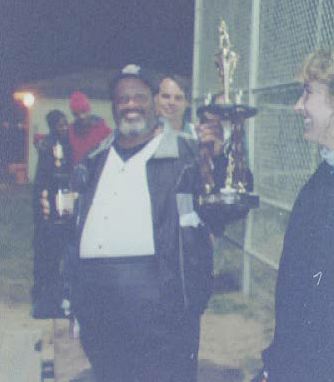 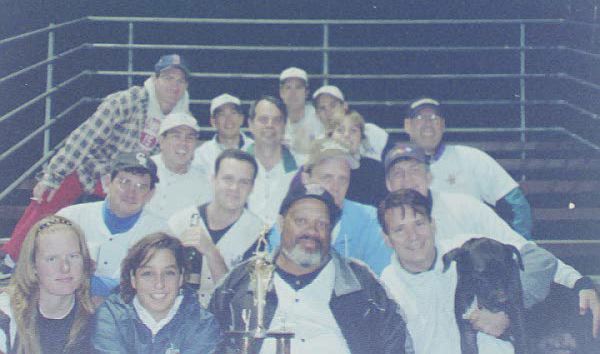 Retirement bound Joe Wynn poses with his team and Commissioner Caruso and Potamus. 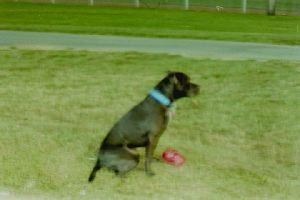 Potamus waits patiently with his toy for his turn on the field!